The Benefits of Fishing You Never Thought About

An examination of fly-fishing is like a reflection on the biography of a fisherman. It is born with discovery and grows wise over time. Experience, curiosity, dedication, and loyalty hone its skill. It becomes legend when this fisherman becomes a mentor and bestows knowledge upon a new follower. Though it never acquires mastery, it is ever noble.

“It’s more the pursuit of the fish with fly-fishing than it is the capturing of the fish. I’ve talked to guys that have fly-fished for years, and when they went out the first three, four, five times and never caught a thing, but they never gave up the sport.” —Kyle Waggoner, owner of the Lander Fly Shop.

Waggoner speaks with just a hint of romance and the language of nobility as he describes fly-fishing.

“The patience of the sport is what makes it so great. There is no immediate gratification—you’re not going to get that with fly-fishing,” he says. What you will get is the reward of fine-tuning your craft, honing your equipment, practicing your love.

“When you’re out fishing by yourself and you fish for a very long period of time, you go through a lot of different thoughts and a lot of techniques … You’re really trying to—I hate to use the word ‘master’ your sport, but you’re trying to master or improve on your technique, improve on your nymphing, improve on your dry-fly presentation.”

As an example, Waggoner describes the ultimate triumph of a fisher tying his own fly: Replicating the look and movement of something natural so convincingly that a fish bites is a truly special conquest.

The art of presentation is matched only by that of the equipment.

No matter where in the states you cast your line, the surroundings contribute to the near-spirituality of a fishing experience.

“One of the great things about fly-fishing is luckily they happen in the most beautiful places,” Waggoner reflects, adding: “Water gives you that tranquil feeling, that feeling of peace, comfort. When you get on the river, it’s easier to clear your mind.” 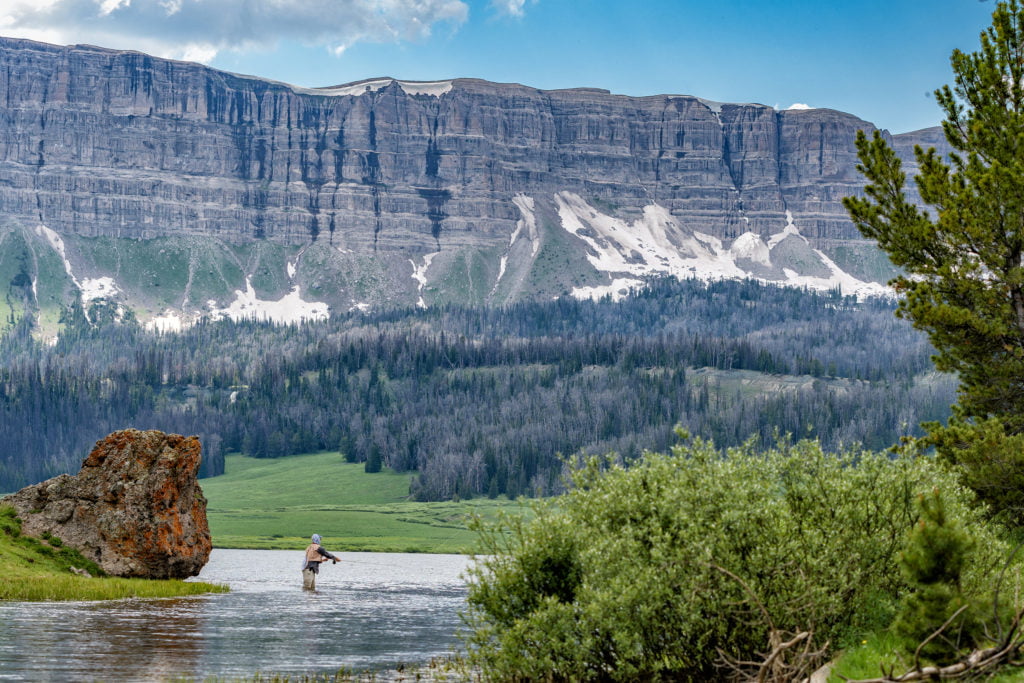 Though the image of a dedicated fisher is exactly that—scenery, solitude, and space, it is so often two people fishing with each cast: the man on the shore and the gentleman in the industry who took him under his wing.

“Some of the greatest guides I’m acquainted with all had a mentor who was not necessarily their father but an older guide who had been in the sport for a long period of time and took them under his wing,” says Waggoner. “Those guys are sometimes forgotten in the shadows.”

Their secrets, however, are not. They live on in the practice of their protégées.

“It’s a very loyal sport, especially when it comes to that aspect. The knowledge that is passed on from one guide to another guide is very serious.”

But in this picture it isn’t a sun-cracked old man imparting wisdom on an eager teen boy. In this picture, Waggoner is the father and the wise (we didn’t say old) mentor.

“My whole outlook on fly-fishing changed six years ago when I had a child,” Waggoner says. He and his wife, whom he describes as a wonderful angler, have been joined streamside by their daughter who, “loves to fish for a very short period of time.” 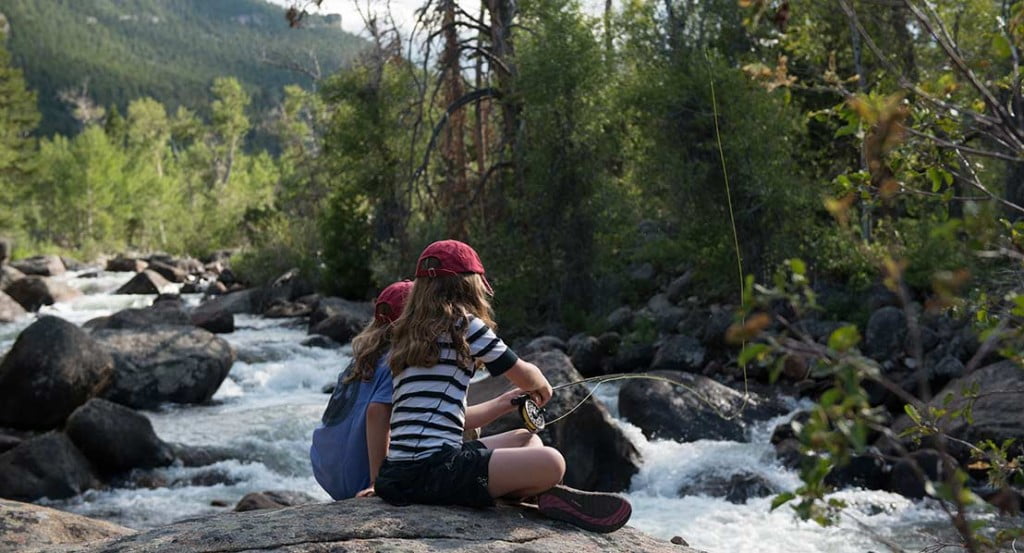 “I used to be on the river in the morning and off the river at night, but that’s not the case anymore. It’s kind of lost its luster because I enjoy spending time on the water with my daughter more than I enjoy time on the water by myself now,” he muses.

Waggoner is finding he teaches her with as much focus as he used to apply to improving himself. He’s also finding there are lessons in fishing that extend beyond fishing.

“You have to work at it,” he gives as an example. Fly-fishing isn’t just throwing out a worm and watching a bobber. He believes that’s an incredible lesson for his six-year-old daughter,

“Fly fishing you can’t cheat at.” Of course, it’s fishing tradition to elaborate fishing stories, but the act? That keeps you honest.

Waggoner offers his lessons—for both life and living—through the Lander Fly Shop. He’s been in the business long enough to recognize that fly shops can be pretentious. Not his. “We’ve really been focused on the beginner here,” he explains of the welcoming atmosphere he’s worked hard to establish, down to the “Never-Ever Package,” for fly-fishing neophytes.

Because what it all comes down to, even if fishing is primarily a solo endeavor, is camaraderie. As Waggoner speaks about the things that make fishing such a treasured pastime for so many, most are about the people who affect his practice: the gentleman mentor, the fellow guides, his wife, his daughter. It only makes sense that he owns a fly shop; he’s looking forward to sharing his passion with anyone who walks through the door.