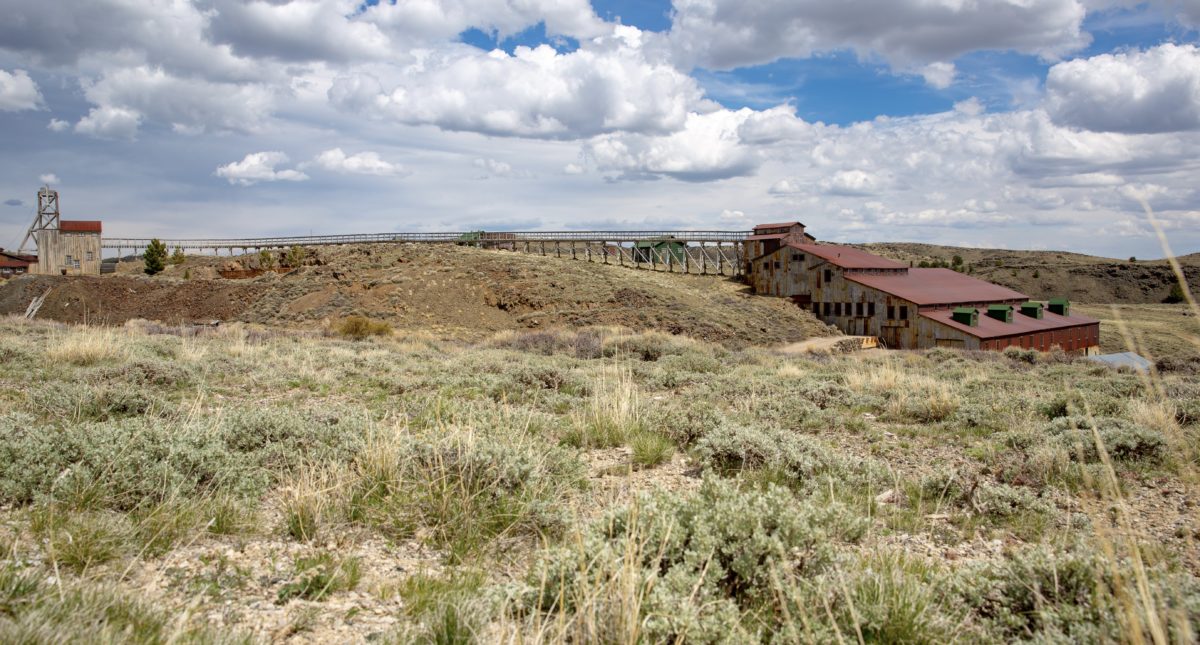 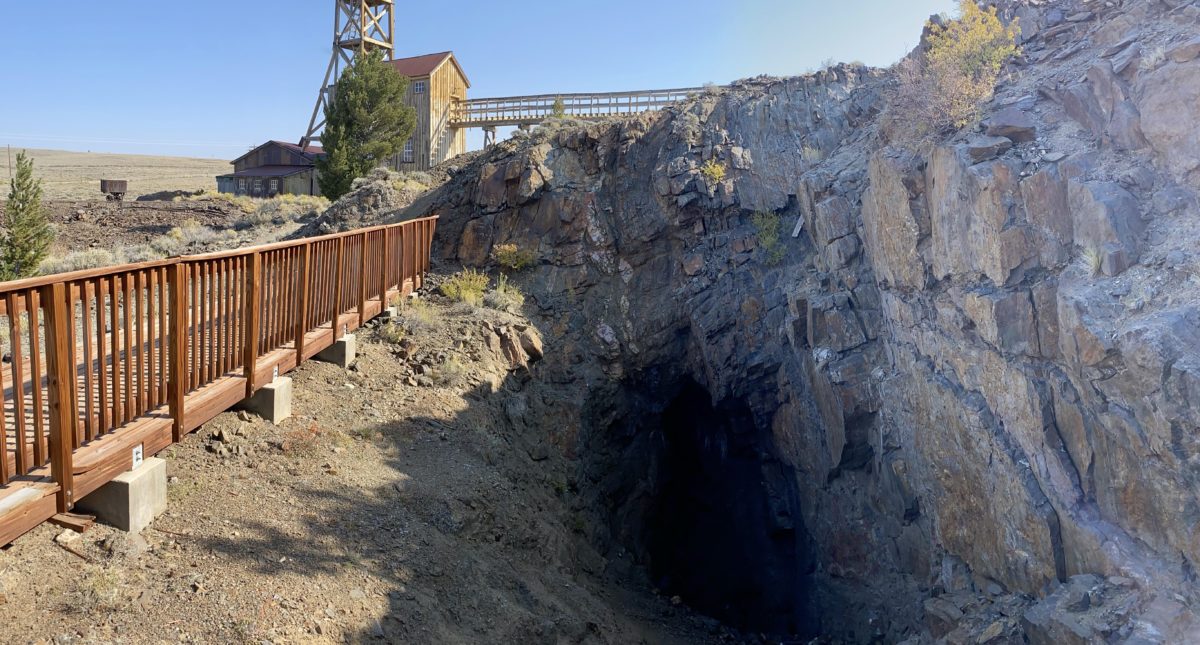 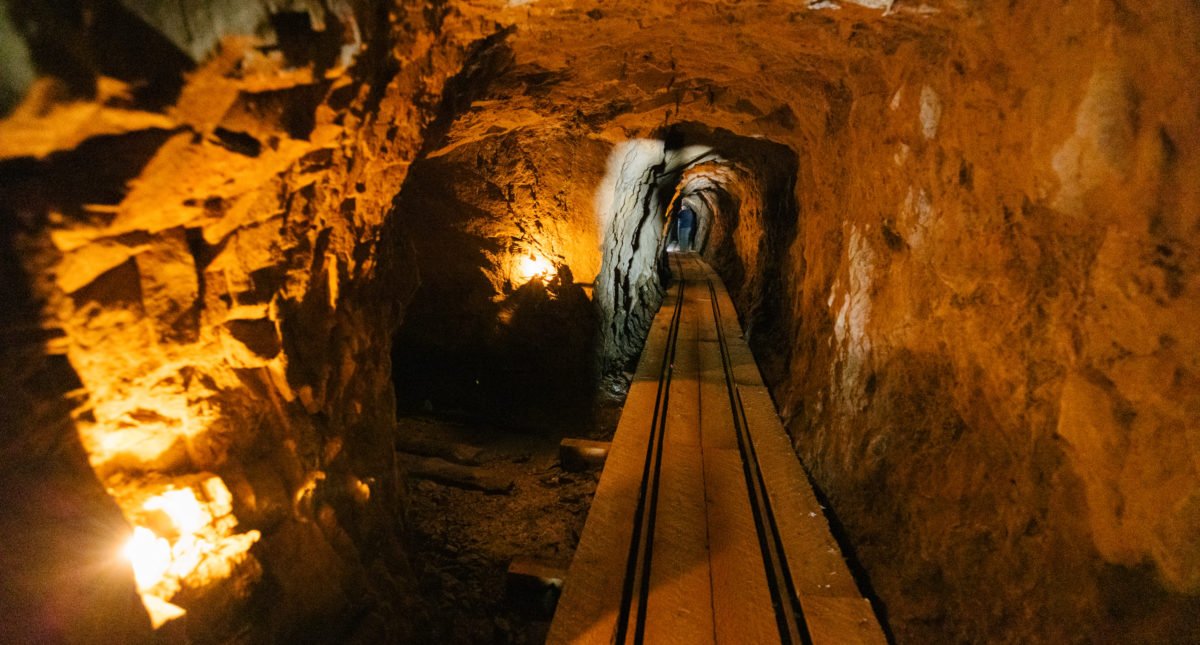 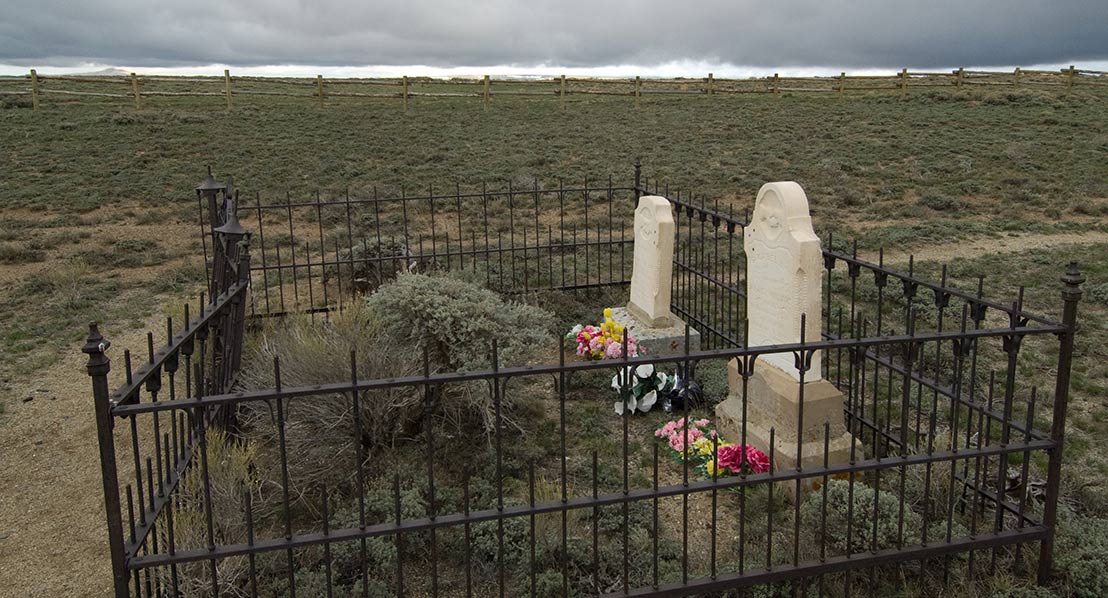 Explore an old gold mining town with more than 40 original structures and thousands of artifacts original to South Pass. Dive into interpretive self-guided walking tours, mine tours, and gold panning.

Bring a picnic and imagine life in this historic mining town.

Include South Pass City Historic Site in your Circle the Continental Divide Driving Tour or the Gold Flakes to Yellowcake Driving Tour.

I used to love playing “pioneer” when I was a kid. Sometimes I’d put together costumes using long skirts or old dresses. But even without props I could entertain myself for hours pretending to live a life out on the prairie or traveling to some great unknown by covered wagon.

I can’t remember the last time I pretended to be a pioneer, but even as an adult I love to imagine life decades before even my parents were born.

South Pass City is the perfect place to play an adult version of pretend (although it’s also kid friendly).

About 20 buildings make up a small town from the late 1800s and early 1900s. I might not be in the costumes I found as kid when I walk among the buildings, but it’s easy to let my mind wander to imagine what life might have been like, buying meat at the butcher shop, drinking in the saloon or going home to one of the houses visitors can peek inside.

Miners discovered gold in the late 1860s in the South Pass city area and with those wanting to strike it rich came merchants and entrepreneurs that built up around the Carissa Mine.

The Carissa Mine was the economic engine of the South Pass City, which meant the town was subjected to its boom and bust cycles. When opened it provided jobs for miners, hoist operators and mill hands. The town would thrive for a few years and then the mine would shutter its doors.

It closed permanently in 1954.

Yet the Carissa still remains the heart of South Pass City. In 2003 the state of Wyoming bought it and launched a major restoration project.

Entering the mine is truly a chance to step back into history.

The exterior of the mine reflects how it looked in the 1920s, while the inside resembles the days before it closed in the post-World War II era, said Jon Lane, site curator.

In 2013 equipment was restored so the tour is a full sensory experience. It’s one of the few animated mine exhibits, Lane said.

The set-up is authentic, designed by the Abandoned Mines Lands and its Department of Environmental Quality. Much of the equipment was still in place when the state bought it, Lane said. What was missing was on an inventory list written in 1953 and versions of the equipment were tracked down through special dealers.

All of this can be seen up close on a mine tour, but there are a few things you to need to know.

First, while safety upgrades have been made, there are still multiple flights of stairs, some steep. Wearing good walking shoes is a must.  The mine is not wheelchair accessible. The tour lasts about two hours so if you aren’t ready for steady walking and stair climbing for at least that long, the tour might not be for you. Be wary of taking young kids. There are plenty of places where they would need close supervision and it’s a long time to stay focused.

If you are still interested you need to make a reservation. Tours run mid-May through September, but are only at 2 p.m. on Saturdays and only by reservation. It costs $2 for Wyoming residents and $4 for out-of-state residents.

Now for the tour. Expect a blend of history, an explanation of the geology and stories from the Carissa from your tour guide. You’ll start at the hoist and explore most of the property. It’s all above ground—the mine itself is flooded.

You’ll get to follow the process of what happened to the gold once the ore came out of the rock to the point it was formed into pure solid gold bricks—a unique feature of the Carissa. The tour has kept much of the mine in tact so you can see the wiring and notice the steepness of the stairs—and likely marvel at how work place safety standards have improved in more recent decades.

You’ll hear the machines rumbling that pulverized the rock and watch the systems as it pushed the gold through the process.

“Most people’s experience with gold mining is splashing gold pans in a creek,” Lane said.

This is so much more. It shows the industrialization of mining. It’s a rare opportunity to not only see the machinery in action, but to walk the property where most of the original structures, like the cook and bunk houses and office buildings still stand.

When you are done – or if you get to South Pass City before your tour- be sure to walk the new Flood and Hindle trail. It’s a 1.5 mile interpretive loop, new in 2013. The trail takes you by graphic signs that explain the gold mining history of the area and point out historically significant sites and equipment, like an arraftra, which is a series of stone drags pulled over a pile of ore to grind it into sand. The trail shows how widespread mining and milling was in the area, Lane said.

Bring a picnic and take a moment to play a grown-up version of make-believe and imagine life in this historic mining town.