Get Up Close & Personal with a Wild Horse 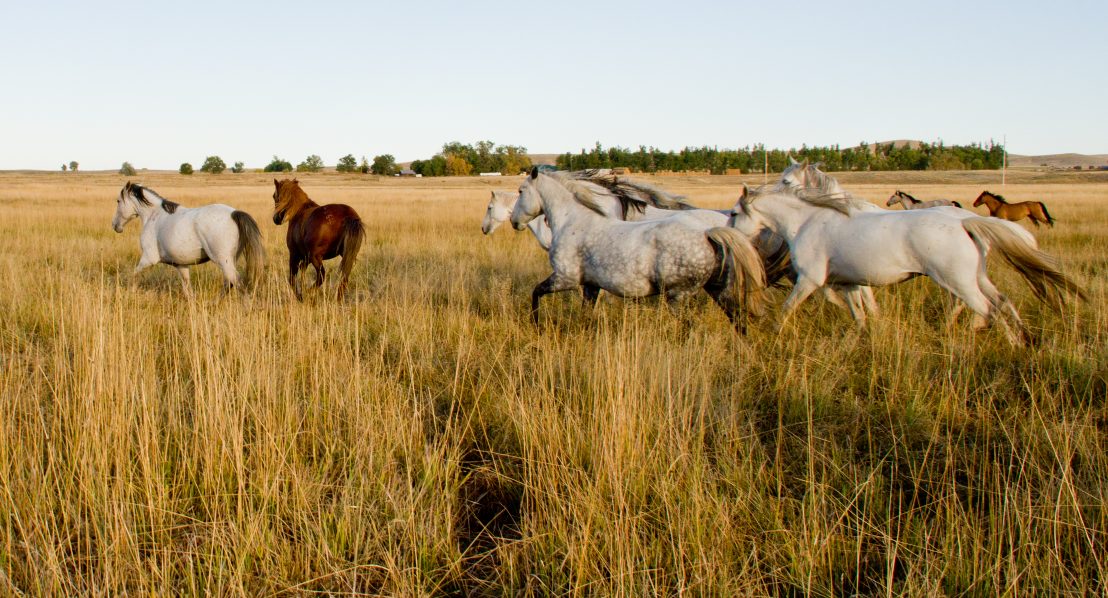 The introduction of the modern horse on the American plains transformed life for the Native Americans living between the Rockies and the Mississippi.

With this incredible new tool, they could hunt buffalo and thus feed their people in a much more effective way. Buffalo herds moved seasonally great distances and those who depended on them also had to move. With a good horse under him, a hunter could travel far greater distances more easily. He could also go faster than a buffalo, which game him an enormous advantage. Plains tribes embraced the horseback riding culture enthusiastically.

Many of the wild horses you find in Wind River Country today can trace their roots back to those 18th century lines. They have a great story, as do the people who adopted them so readily. That is a rich story you can learn and enjoy at the Wind River Wild Horse Sanctuary near Fort Washakie. 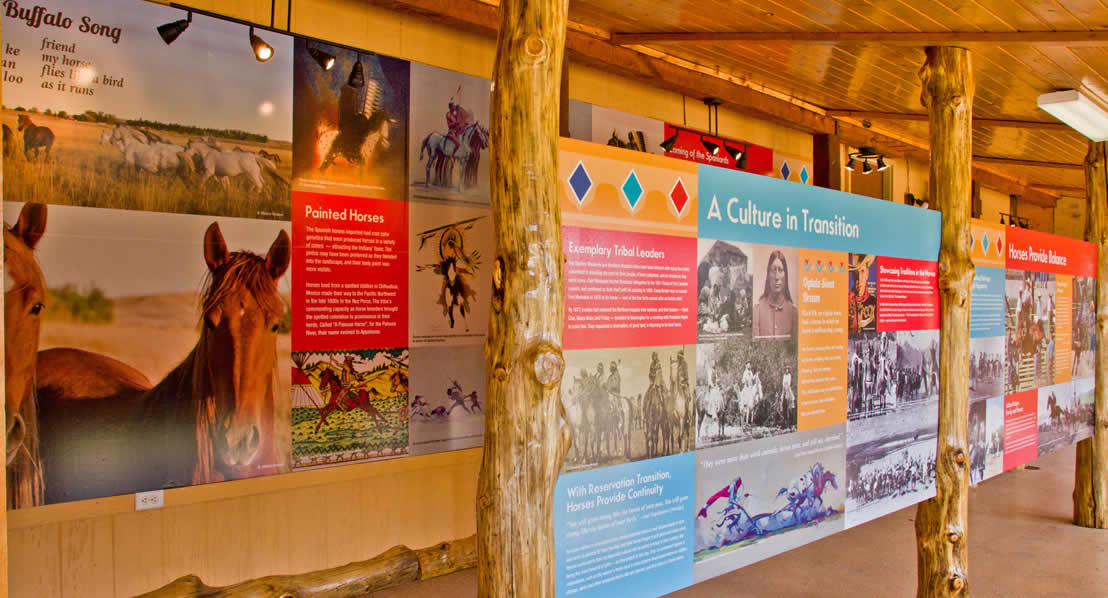 The Wind River Wild Horse Sanctuary is the third wild horse eco-sanctuary in the United States. This kind of operation, adopting a large number of wild horses to roam free on a working ranch, is one way of managing the wild horse herds.

The Sanctuary’s visitor center hosts an interpretive display on the importance of the horse in the culture and traditions of Native Americans, as well as history of wild horses in North America. It provides a timeline of how the horses came to the Americas and how they dispersed into various tribes. 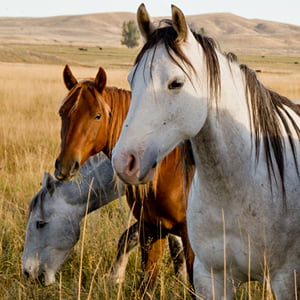 The horses were once known as “elk dogs” in many tribes because they were new creatures to Indians. The horse became an essential part of the culture because it created new opportunities and assisted with their survival.

Wild mustangs embody the mystique of the European conquistadors, Native Americans, settlers, and miners. The Wind River Wild Horse Sanctuary recognizes the importance of maintaining the historical value of the mustang. The sanctuary provides professional care in a free-roaming environment on the Oldham’s working cattle ranch on the Wind River Indian Reservation near Lander and Fort Washakie. Visitors are guided into the herd via wagon or ATV to get a wonderful, close-up encounter with these beautiful creatures.