Having Fun with Heritage

Before she retired, my wife Susan spent 25 years teaching history. Living in Wyoming, she was completely fascinated with everything from pioneers to fur trappers to Native Americans and their connection to settling the state. Although I wasn’t always as enthusiastic about history, I decided to give it a try for our 40th wedding anniversary. With no kids left in the house and only grandkids that filled our days, we decided to take a trip to Wind River Country, Wyoming—an area full of historical connections and fascinating sites—to connect with our Wyoming heritage.

“I just know you’re going to love the history you can uncover in the place we’ve lived our whole lives,” Susan gushed as we headed out.

Although I wasn’t quite as giddy as she was, I was excited to learn more about how our great state was settled.

Forging a path to the West
We planned to spend three days in Wind River Country, and our first stop was South Pass. Throughout the 1800s, groups of emigrants passed through here on the California, Oregon and Mormon trails. The South Pass provided an easier route for settlers to move through, as opposed to the more treacherous North Pass, which claimed many lives and wagons during the 1800s. 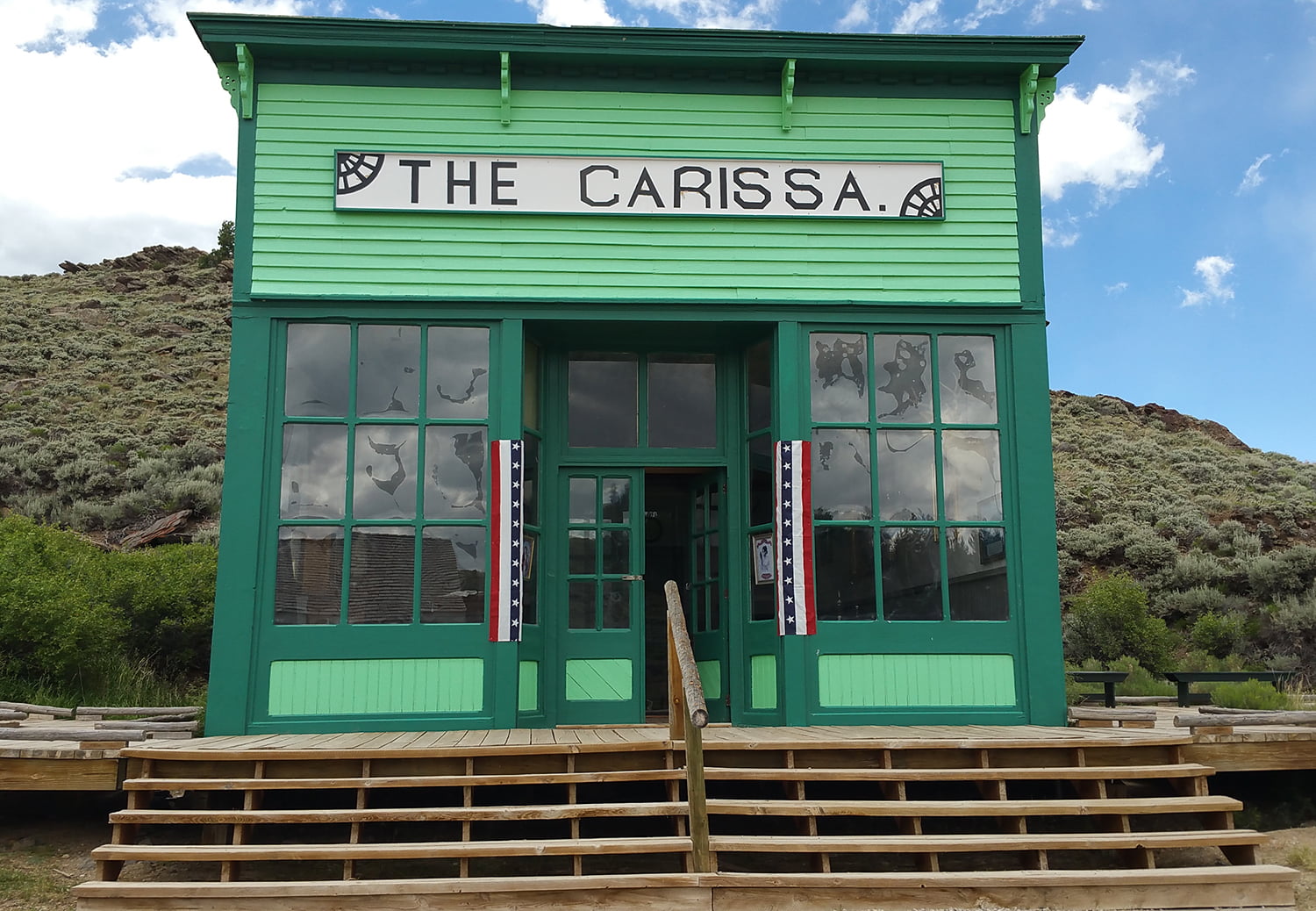 “Do you realize that without the South Pass, many settlers wouldn’t have even made it through the Continental Divide, and the West may be nothing like it is today?” Susan asked in her history teacher’s voice.

I smiled at her tone, but her question was thought-provoking. Those early settlers had changed the course of Western American history.

More than just a game
I was amazed at how much undeveloped land there was on the Oregon Trail, and the sobering reality of how difficult it must have been for early pioneers to travel with all their belongings set in quickly. We felt a sincere reverence and connection as we viewed markers and graves of those who didn’t make it through the Oregon Trail.

“They must have really wanted a new life to risk it all and travel across the plains,” Susan said softly.

“But aren’t we glad they did?” I reminded her.

Day two
After a full night’s sleep and some breakfast in Lander, we drove to the quaint town of Dubois nestled between the Absaroka and the Wind River Mountains. We stopped at the museum and enjoyed a full display of items from this area, including the tools used by the ‘tie hacks’ or Scandinavian loggers. Even Susan, the history buff, learned something new about the Sheep Eater Indians that lived in the mountains around Dubois thousands of years ago and the stone tools they used to do things we often take for granted.

Courage found at a cemetery

The second half of our second day was spent at the Wind River Indian Reservation. Susan has Native American roots and wanted to learn all she could about the Eastern Shoshone and Northern Arapaho tribes that live on more than 2.2 million acres.

Although we have lived in Wyoming our entire lives, we had never seen Sacajawea’s cemetery in Fort Washakie. We stood at her statue symbolizing the first time she saw the Pacific Ocean.

“After raising children, I can’t imagine the kind of bravery it took to take on this job as a 16-year-old girl with an infant,” I said quietly. I had always admired Susan’s hard work as a mother to our children, but walking across the untamed United States carrying a young child was astounding. In that moment, I couldn’t think of anywhere else I would rather be than paying tribute at the monument of someone I consider to be one of the bravest women in American history.

A community thriving with culture and history
Our vacation ended on a high note as we spent a day in the Riverton community. As a farming paradise, the area has a history for homesteading, land races, shootouts and feuds, and we enjoyed learning about them all! We visited the Riverton Museum and saw proof of a world changing over time through artifacts from the Wild West era.

A Mountain Man meeting
Our next stop was at the 1838 Mountain Man Rendezvous site, where fur trappers from the 1800s came to trade furs. We walked the trail with interpretive signs that taught us about some of the more famous mountain men, like Jim Bridger, Kit Carson and Jedediah Smith.

We planned our trip during July to take part in the annual re-enactment of the rendezvous. Susan and I laughed and felt like we had traveled back in time as we tried knife throwing and bartering on trader’s row. Susan was extremely proud of herself when she walked away with souvenirs for all six grandkids for a steal.

Connecting with our Wyoming heritage
My favorite stop was the Wind River Heritage Center. For information about Wyoming and the things native to it, this was the place to go. Susan was amused as I spent hours looking at the collection of historic traps and all things related to the mountain men. The Jake Korell taxidermy collection was quite impressive, including bison, wolves and antelope. My family had been in Wyoming for generations, so I felt a special kinship to the objects that had been around for so long. I was so fascinated with the museum that I had to stop at the gift shop to buy another set of small gifts for the grandkids.

We ended the day enjoying the Northern Arapaho Experience at the Wind River Casino. We saw life through the eyes of Native Americans with storytelling, dance and song. I saw a sparkle in Susan’s eye that told me she was feeling like a kid again as she joined in on the dancing.

Connecting with history in a modern time
As we packed up the car to head home, I thought about how a man like myself had such a great time in a place steeped in history, and realized that Susan must be feeling what I was, times ten.

“I sure do wish I still had students to tell all about this adventure,” she said wistfully on the way home.

“We have six grandchildren at home who would love to hear about this from you.” I reminded her.

She grinned happily at me, and I knew that her fascinating stories could now come to life for them.

Get a free visitor guide and plan your Wyoming heritage getaway to Wind River Country!