Wind River Country > Things to Do > Backcountry and Nordic Skiing 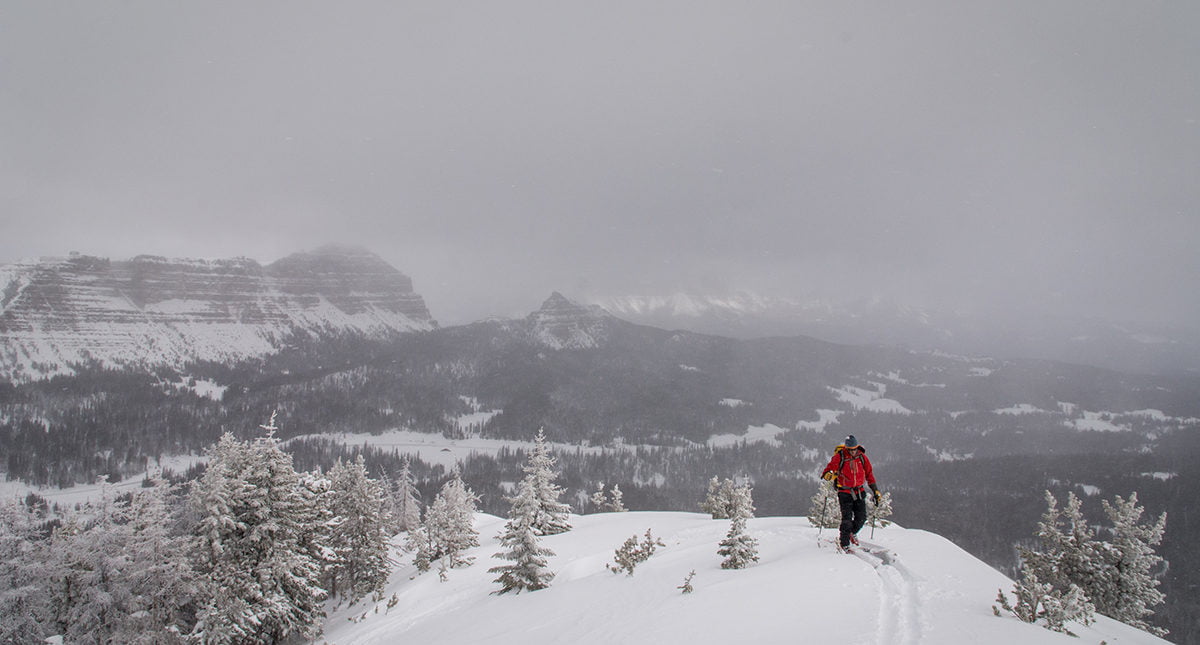 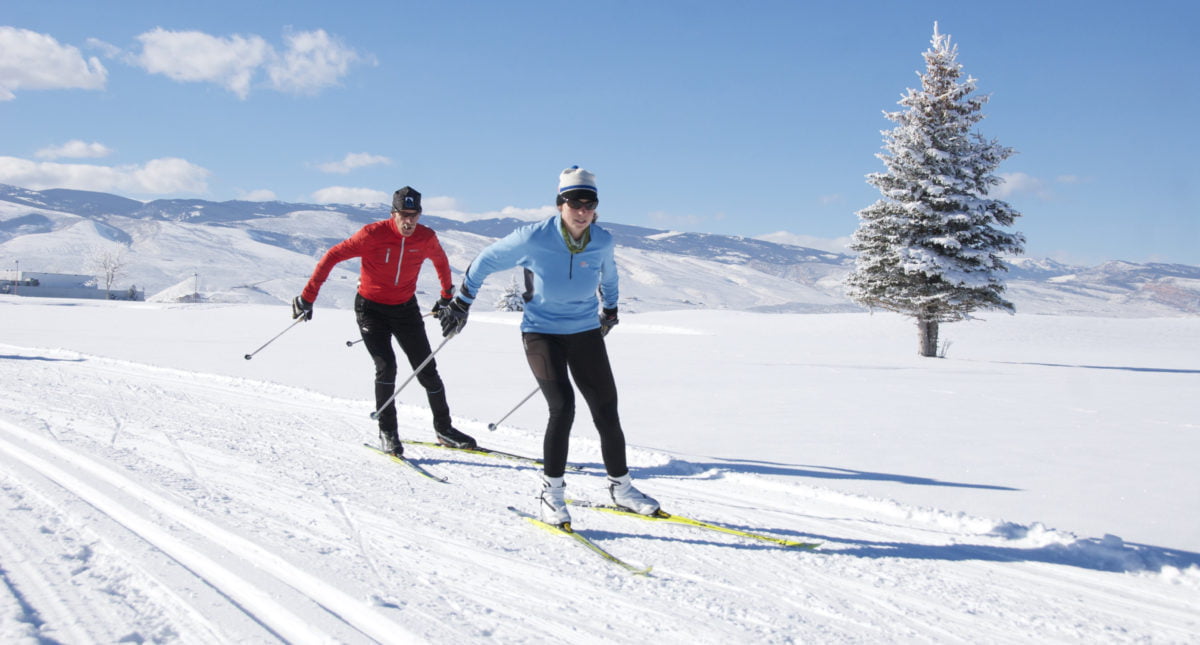 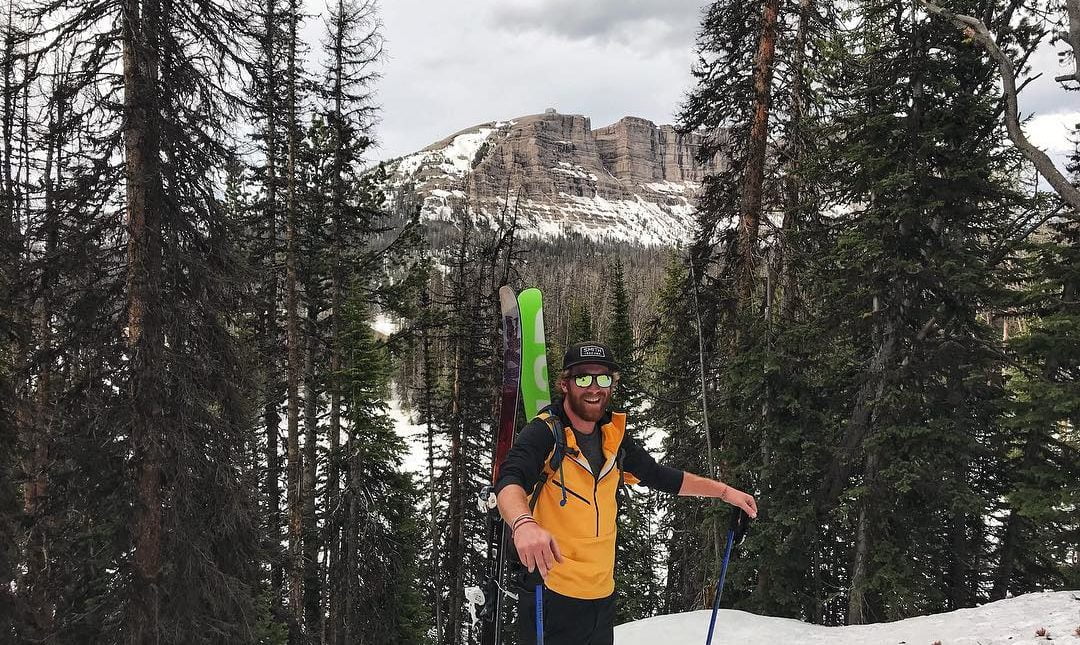 Skiing in the Absaroka Range. Photo: Wyoming Office of Tourism 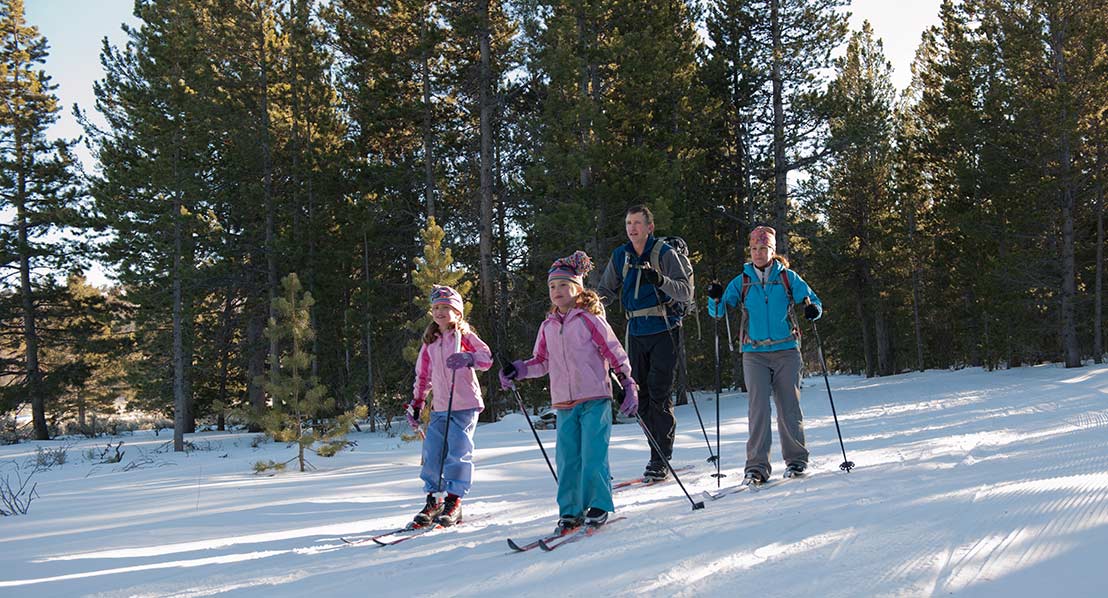 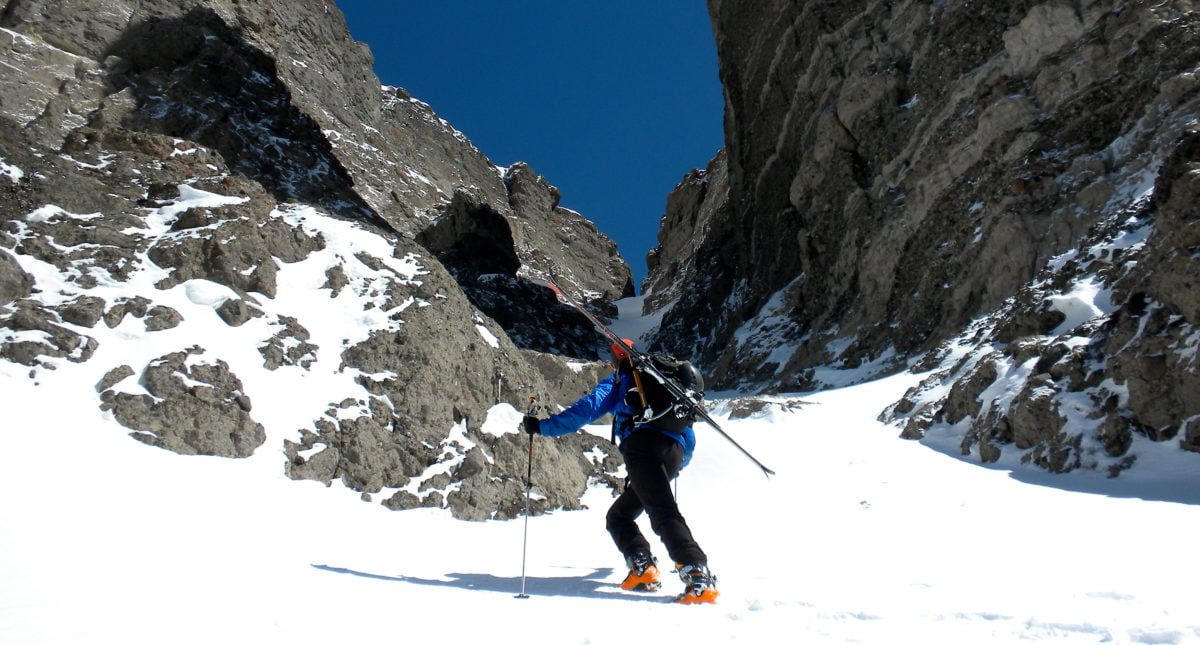 When snow settles in Wind River Country, it transforms the landscape to a quiet, magical place that seems straight out of a storybook. Blue skies, lots of sunshine, and wildlife provide the backdrop.

“What’s unique and appealing about skiing is that it gets you outside in a time of year you otherwise would not,” said Emily Tilden, Lander resident and Lander Valley High School Nordic ski coach.

She added that the community has built a setting perfect for enjoying those magical winter scenes in solitude or socially. 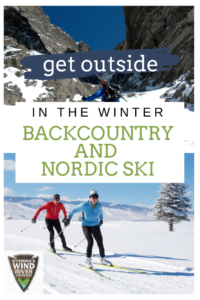 Ideal for intermediate to advanced skiers, the area is groomed for classic and skate skiing. Because the loops are extensive, you’re not likely to navigate much traffic on the tracks, and you can settle into the quiet beauty that only winter in Wyoming can offer.

Plans are in the works to double the size of the ski area. The expanded trail system would “solidify Beaver Creek’s place among the elite cross-country ski areas in the state of Wyoming,” according to the Lander Nordic Ski Association.

If you seek a more social experience or if you’re bringing new or young skiers along, you don’t even have to leave town. The Lander Municipal Golf Course has become a very popular destination for local skiers, particularly during the lunch hour, and is open to visitors looking for a shorter ski outing. The golf course is groomed for skate and classic skiing and also boasts a couple sledding hills for those members of the family less enthusiastic about “uphill skiing.” While the kids sled, parents can take turns skiing various laps around the snow-covered grounds.

If a sense of community appeals to you, get involved with the ski lessons offered by the Lander high school ski team for donations. Contact Gannett Peak Sports for a schedule.

North of Dubois, right off of highway 287, the Deception Creek Trailhead and the Falls Loop Trailhead are both groomed when the snow falls. The 2.7-mile Deception Creek loop winds through pine-covered trees, then back into the open to a view of the Pinnacle Butte Mountains. The Falls Loop Trail connects with this trail, offering terrain of varied difficulty. Be sure to take water, food, and a map from Wind River Gear, the local outdoor store in Dubois.

Neither the Lander Golf Course nor Beaver Creek permit dogs, but these are but two options across this vast county. The Nature Trails in Sinks Canyon just a few miles outside of Lander are open to skiers, hikers, pets, sleds, snowshoes and more. Furthermore, you’re welcome to head out off-trail to pioneer your own adventure.

“I think that I would park at Bruce’s Parking Lot and head down Sinks Canyon toward the warming hut,” Tilden said of families with kids and/or dogs. “Tow your sled, have a picnic, whatever. If you’re willing to make your own trail it’s totally worth it.”

You’ll even find a sledding hill and outdoor bathrooms at the warming hut in Sinks Canyon State Park!

Another place to get a true cross-country ski touring experience is Willow Creek. The U.S. Forest Service does groom the area, but not with a wide groomer, so you won’t want to show up with skate skis.

“You’ll want to get your metal-edged fishtail skis, take your dog, and have a great day with your camera,” Tilden summarized the perfect day at Willow Creek.

Located 34 miles south of Lander, across from the main entrance to South Pass City on Highway 28, the area has a total of 15 miles of trails for you and your dog to enjoy. This is also an excellent setting for wildlife sightings. It is home to moose, elk, deer, cougar, coyotes, winter hare, and more. Keep the remote setting in mind and be sure you’ve packed enough supplies and that you pick up a map at the trailhead to supplement the markers on the trees.

Togwotee Pass, between Dubois and Jackson, is not only a snowmobiling mecca and burgeoning backcountry ski hot spot. It’s also the entrance to unlimited cross-country touring routes. A popular endeavor is the five-mile ski from the road to Brooks Lake Lodge. Buy a hot chocolate or go for the full lunch, and then ski (downhill) on the track back to your car. The trail is groomed so both classic and skate skis are appropriate, but the trail gets a lot of snowmobile traffic, so it’s not as consistent as some groomed skiing options.

“Backcountry skiing: You’re in control of your own day. If there are people around, you just avoid the people. You can explore whatever terrain you want, go at your own speed, and ultimately earn whatever skiing you find,” said Jared Steinman, avid backcountry skier and Lander resident.

When it comes to backcountry skiing in Wind River Country, it’s all about Togwotee Pass. Just head over the pass from Dubois northwest, and keep an eye out for brown signs marking the area you’ve planned to tour.

“With the rise of backcountry skiing in the past decade, skiers are finding out that there’s a lot of terrain out there that snowmobilers have accessed for a long time that we can access on skis,” said Steinman. “There are places that are still being discovered on skis, mixed with there being really no one back there. People know about it in Wyoming, but it’s pretty quiet.”

In fact, he was a tad reticent when it came to sharing his favorite locations, comparing it to sharing your best fishing hole. So count yourself lucky that he opened up:

“Two Oceans is an unbelievable place for new skiers,” he explained. “It’s a pretty easy approach. It’s visible from the road. The slope angle combined with the fact that it’s relatively treed keeps the avalanche potential pretty low, typically,” he rattled off, concluding, “On a clear day you can see the Tetons from up high.”

The north-facing focal point of Two Oceans (located just off the left side of the road if you’re driving from Dubois toward Jackson) is a huge face with numerous aspects and opportunities, from ridges to tree skiing, to open faces. This is an area shared with snowmobile riders, so remember the incredible backcountry of Wind River Country is shared by everyone, on four legs, two skis, one track, or even two wings.

“Just two days ago skiing at Togwotee, this huge grouse popped out of the snow right in front of me … just came out and looked around,” Steinman recalled. “The wildlife potential in a lot of these places is pretty high. You’re traveling pretty quickly but also pretty quietly.

Just down the road from Two Oceans on the right lies Breccia Pass. The approach to this area is longer—three to four miles depending on your intention, but the reward makes it justifiable. You’ll find yourself with a wide range of opportunities, and no motorized travel is permitted.

You’ll first reach a small valley with the Breccia Cliff on your left, about three miles from the road. There, you can ski low-angle (30–35-degrees) slopes or continue north to French Spy Bowl another half mile to mile.

“There is this huge amphitheatre of opportunities and aspects and couliors,” Steinman exclaimed. “You may want to spend the whole day back there.”

These two vast arenas for “earning your turns” on Togwotee are just the beginning. Be sure to carry an avalanche beacon, probe, and shovel as well as avalanche education, and knowledge of the current conditions with you (find local courses with Jackson Hole Mountain Guides, and the American Avalanche Institute). Take a map, leave a plan with someone in the frontcountry, and explore the day away touring and turning Togwotee powder! Then hit a place like the Cowboy Cafe or another one of the great little restaurants, cafes and bistros in Dubois for a slice (or two) of well-deserved homemade pie.