Not for the Faint of Heart

By Jared Oakleaf. This post, including photos, was originally published on the Wind River Outdoor Company blog on Dec. 11, 2017

Imagine if a person could take part in their favorite activity only one month out of each year. The rest of the year relegated to practice and preparation. Welcome to a bowhunters life. 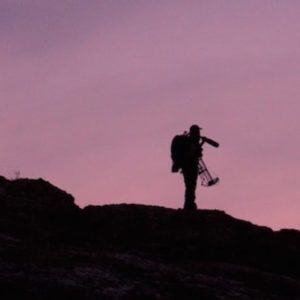 In Wyoming, September is the month where for a short time, we bowhunters get to perfect our craft. Hundreds of days shooting and tuning our bows. Early mornings spent annoying neighbors and family with elk bugles. Long summer days of scouting. All this practice and preparation stove-piped into 30 days. Thirty days!

Most of us get to hunt a fraction of those days because our responsibilities pull us away from our passion. If you do the division, you realize that the percent of time we spend bowhunting is in the single digits. The weekend warrior, spends 2% of their days bowhunting.

Keeping this in mind, I maintain a territorial grip on my time in September. My life happiness is strongly correlated to the amount of time spent bowhunting. This year was no different. As always, the mountain tested me and taught me an important lesson of gratitude. 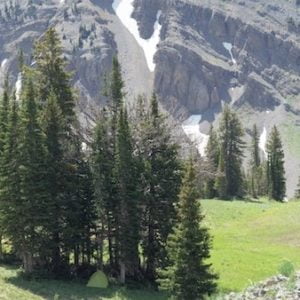 The 2017 season begins high in an alpine basin, searching for giant mule deer. Between glassing and making coffee, I looked closer at my bow. The day prior, the bow had broken my fall on a talus slope. On initial inspection, I had only detected a few dings and scratches. But now, while sitting in a basin full of giant mule deer, I stared at a crack in the limb.

I was eight miles in the depths of the Wyoming backcountry and a two-hour flight from a hospital. I weighed the image of a bow limb impaled through my skull against the size of the mule deer. So, I did what any prudent person would do, I decided to draw the bow back to see if it could handle a shot. As I drew it, I expected an explosion, but instead there was a clack, and everything seemed okay. The crack in the limb had settled. I knew that I needed a new limb, but for now, I was confident that the limb had at least one shot left in it.

We stayed three more days in the basin, with more disaster and mayhem. That trip went from aspirations of giant mule deer to very primal hopes. Hopes of getting out alive with all appendages attached. I have a gift at turning benign hunts into disasters, and I am accustomed to this challenge. The failure of this hunt was not a mental setback, but the bow business was nagging at me.

I awoke in my bed for the first time in five days and began to problem solve a cracked limb. It was day six of a thirty-day archery season, and I was looking for a new bow limb. It was a depressing thought. Expecting a three-week rigmarole, I was settling on the idea of switching to a back-up bow. To my surprise, Josh at Wind River Outdoor Company informed me that they had an extra set of limbs in stock. My hometown store had what I needed, when I needed it.

I brought the bow to the store and their mechanic switched out the limbs. I re-tuned the bow that afternoon. By dark, it was driving tacks at 60 yards with fixed blade broadheads. Having sat-out only one day, I was again ready to go hunting. Anyone who has replaced limbs will appreciate the efficiency of this outcome. A month-long odyssey converted to a single day’s work. Special thanks to a well-stocked local store and the tun-ability of Bowtech bows.

I spent a total of 26 days bowhunting in 2017, it could have been five. I spent 21 of those days elk hunting. The elk hunting in the Wind River Mountains was fantastic this year. Most of the days, I called in at least one bull and often found multiple bulls bugling. I was at full draw a dozen different times and passed up several smaller bulls. I also had a number of close encounters with true giants. On the last day of the season, a five point came in to 20 yards, giving me a shot I could not resist. 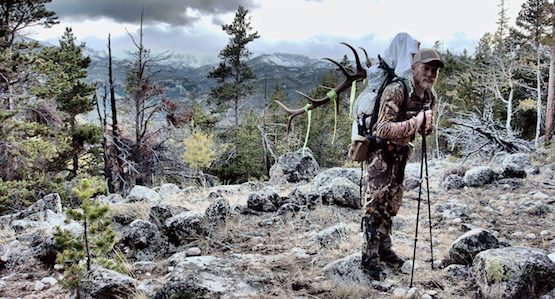 There is a perfect irony to packing an archery-bull on opening day of rifle season. Most of the people I ran into were just beginning their season. The naivety of the new hunters made me smile. The elk of the Winds were about to put them through the rigors. The mountain has an uncanny knack of filtering out those that do not belong. Those that stay earn it, those that leave sustain on excuses.

I will take a pack-full of meat over a mouthful of excuses any day. However, I also have a mouthful of thanks to those that supported my effort. I consider myself a solo hunter, but no one hunts twenty-six days in a single month without the help of others. I am thankful for my family and their constant support. I am indebted to my co-workers for picking up the slack of a missing employee. I owe an offer of reciprocity to my friends who joined me for the death marches and the grueling pack out. Finally, my local sporting goods store, the Wind River Outdoor Company in Lander WY,  who got me back in it. You all manage to have “the part” that makes my world work, and I am forever grateful.